I finally got around to finishing up the wiring on my balancing project last night. Its fantasitic to finally finish something! I've taken some photos, which I'll upload tonight when I update the project page. Now I'm going to be able to focus more on the SSL Compressor clone automation project. I've got a good idea of what I'm going to do, but I have to finalise the features and then

Lately I've been working on a whole bunch of stuff that I haven't got project pages for, Glenn's helicopter game, a little PSP game of my own as well as Project Euler. At the moment I've done 37 problems, which isn't a small achievement.
I've spent pretty much all weekend trying to install Mac OS X on my recording computer. (Don't worry, I have a family license for Leopard, so its as close to legit as you can get!) The computer is pretty old and a mishmash of parts, so I was expecting to do a bit of trial and error, but it ended up being harder than I thought it would be. It's a P4 3.0GHz and Asus P5P800S motherboard. At first I couldn't even boot off the install disk - after hours of tracking it down, it turns out the graphics card (GeForce 2 MX 400) wasn't compatible. $50 later, I have a brand new nVidia 5200 FX which allowed me to boot the installer!

I've done the install 10 times trying to get the graphics card to work in a higher resolution that 800x600. Gladly, the graphics card is the only piece of hardware I need to get working, everything else should be basic. I've turned off the onboard networking and sound, I won't need them. Hopefully I can get the graphics sorted out tonight. Remind me to take an image when everything is working right...
I finally got the graphics card working on my hackintosh! I tried NVinject so many times off the Kaylway CD, but it didn't work and just made everything unstable. Finally I found an all in one installer gf5200.zip that works really well, so now everything is hardware accelerated. After I got that working, I thought I would go for broke and enable the onboard sound and ethernet, and just see what happened. Surprisingly, everything just worked! Awesome. Made some room on an external hard disk and got time machine going! It's taken all weekend, but it's so worth it.

A lot has happened since I last posted. We have a new government. I've mostly finished uni – one paper to go, I think. I've finished Fallout 3 too (that was a lot easier than a four year degree).

I'd like to draw your attention to Eating Media Lunch's new season. It's brilliant television, and you can watch it online, free, with no ad breaks. So far, I'd say it's not as funny as previous seasons, and much more informative. Then again, I'm sure that'll be redressed with the annual "most shocking moments" special (next week) and the inevitable EML awards show.

And I've bought myself a digital camera. It's a pretty sweet Canon bridge model, and I'm having great fun finding what works and doesn't. Looking forward to playing around with 15 second exposures and supermacro, large aperture stuff.

I've finally gotten around to working on my SSL compressor clone. I managed to mount some of the controls on the front panel. I have been putting it off because I was pretty sure mounting the meter was going to go terrible, it needed a square hole, but didn't have a lip around it so the hole needed to be pretty much perfect. I decided I'd just go for it! It worked out ok - you can check out some of the photos over at the project page. Just photos at the moment, I'll type up some descriptions later.

I also managed to update my hackintosh to 10.5.3 as well, which went really well. Boot times are faster, and my graphics card and sound still work!

So I follow Non-Society and they're totally into this band, Echosuite.

I checked them out and they're kinda rad. Limewire is being ghey so I haven't got any downloads yet, but the tracks on Myspazz are cool. 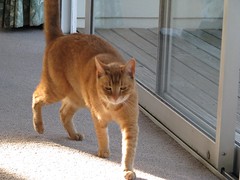 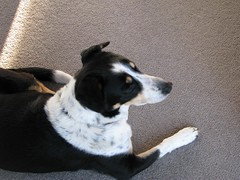 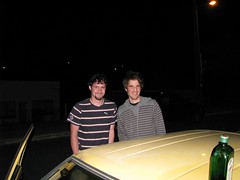 Some people and a car! 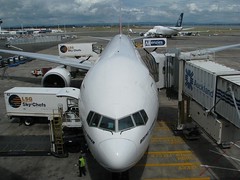 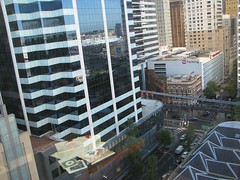 Some buildings in Sydney! 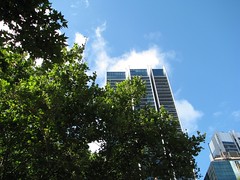